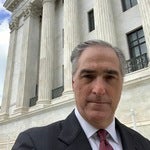 Dana's first trials were as an associate at the world's largest law firm. In a career spanning more than three decades, Dana has been engaged in a range of significant cases, including complex business disputes, global medical device recalls, nationwide pharmaceutical drug recalls, unsafe vehicles, catastrophic injury, intellectual property, Internet security, privacy, and electronic commerce. For over 25 consecutive years, Dana has been “AV” rated, the highest professional rating for ability and ethics.  Dana is listed in Best Lawyers in American and Super Lawyers.

Dana has represented clients from over a dozen countries in cases before courts in the United States and the World Intellectual Property Organization (WIPO) in Geneva, Switzerland. Dana served two terms as an Attorney Settlement Officer for the United States District Court for the Central District of California in the complex specialties of class actions and product liability. Selected from over 200,000 lawyers, the American Bar Association named Dana the Solo Practitioner of the Year at the ABA Annual Meeting. The American Bar Association is the largest voluntary professional association in the world. To visit The Congressional Record on The Library of Congress website and read Tribute to Dana Taschner presented before the United States Senate by Senate Minority Leader Harry Reid, click here.

In his early career, Dana was an associate lawyer at one of the world's largest law firms, and worked with legendary Supreme Court lawyer E. Barrett Prettyman, Jr., who mentored Dana along with the current Chief Justice of the United States Supreme Court, John Roberts.

Dana Taschner practices before federal district and appellate courts throughout the United States, and before the World Intellectual Property Organization in Switzerland. In jurisdictions or courts where he is not admitted to practice, affiliations exist with locally licensed attorneys who serve as co-counsel. Dana has served as co-counsel with many of the most respected lawyers in the United States.

Thank you for contacting us. We will get back to you shortly.

Please complete all required fields below.

“Dana Taschner has the “excellence in his work that is unparalleled”.